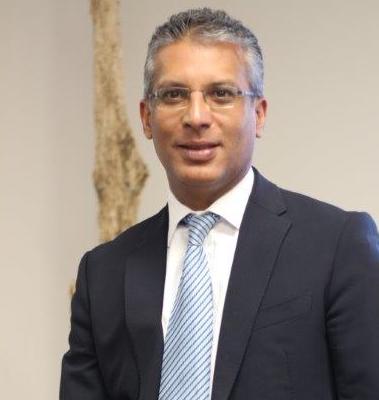 Mr Farid Masood is a Member of the Board of Directors of Hascol Petroleum Limited. He is a Managing Director of Vitol Dubai since 2018.

Prior to joining Vitol, he has had a number of roles in Middle East, Pakistan and Africa including from 2016 to 2017 as Chief Executive for Kansai Paints Africa where he led the company through a restructuring exercise that reduced the workforce by 20% at the same time expanding the business into East and West Africa to become the largest paint supplier in Africa. From 2011 to 2015, he was responsible for Advisory Services and Asset Management at Islamic Development Bank’s private sector arm. During his five year there, he expanded the advisory business from operations in the GCC to assignments in over twenty countries. He also setup the asset management business and grew it to over $800m AUM in private equity, SME and income funds. From 2000 to 2010, he was based in Pakistan where he was primarily focused on bringing foreign investment into the country. From 2005 to 2010, he was part of the KASB Group (JV partners of Merrill Lynch) where he led the investment banking business and was CEO of KASB Securities in 2010. During his time in Pakistan and through his various roles, Mr Masood was actively involved in bringing over $5bn of investment into the country.

In the early part of his career, Mr Masood worked as a strategy consultant for Price Waterhouse in the USA, advising energy and telecommunication companies on new venture development and cross-border M&A. He holds a Bachelors and Masters in Systems and Information Engineering from the University of Virginia (USA) and a Masters from the University of Cambridge (UK).